Former All Black Dan Carter will leave French Club Racing 92 at the end of the season to join Japanese side Kobelco Steelers. 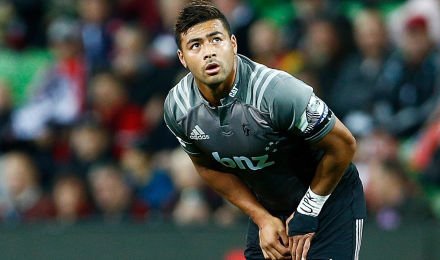 “I did not think the club would want to keep me (at the end of his three-year contract) but after discussions with (club president) Jacky Lorenzetti and the coaches, I realised they wanted to keep me, so it made my choice complicated,” Carter told French sports daily L’Equipe on Saturday (Sunday NZ Time).

After a first spell in the French Top 14 at Perpignan in 2008-09, winning the championship title, he returned to France in 2015 with Racing, winning the national title again in 2016. Named three times world player of the year, in 2005, 2012 and 2015, Carter has been regarded as one of the top first five-eighths in modern rugby.

As quick as he is powerful, Carter is also an excellent kicker, who scored 19 of his team’s points in the 34-17 victory in the 2015 World Cup final against Australia.

Last February, Carter apologised after failing a drink-driving test in Paris. He was cleared of wrongdoing last year after corticoids were found in his urine sample after the final of the 2016 Top 14.

Carter plays for Racing 92 and played for New Zealand’s national team, the All Blacks. He is the highest point scorer in Test match rugby and is considered by many experts as the greatest ever first-five eighth (fly-half) in the history of the game.

He was named the International Rugby Board Player of the Year in 2005, 2012 and 2015[4] (equaling the record three awards of Richie McCaw) and has won four Super Rugby titles with the Crusaders, and six Tri-Nations and Rugby Championships with the All Blacks.

Carter injured himself in 2011 during the 2011 Rugby World Cup but was a key member of the 2015 Rugby World Cup-winning teams, becoming one of only twenty dual Rugby Union World Cup winners.