Japan held France to a 23-23 draw in their final November international at U Arena in Paris on Saturday, with the hosts lucky to avoid a sixth straight defeat. 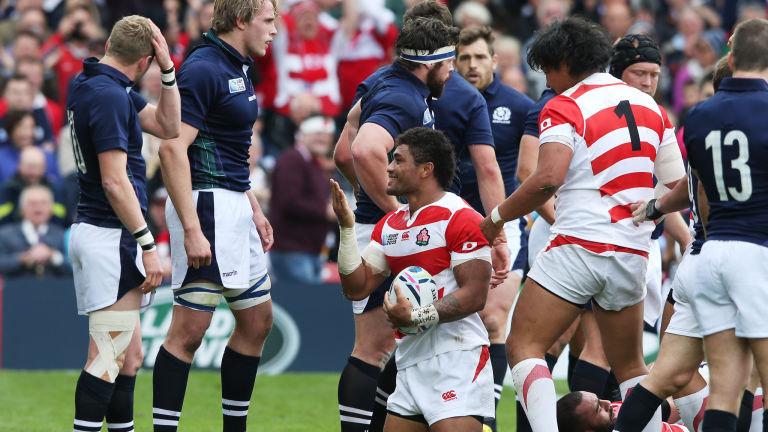 Jamie Joseph’s Japan dominated for much of the game and outscored their opponents by three tries to two, but fly-half Yu Tamura missed a simple late conversion that would have sealed a famous win.

“We are very happy with this tour, with a win (over Tonga) and a draw,” said former All Black Joseph. “But we are disappointed with this draw, we thought we could win and you could see that in the way we played.”

In the first international at the newly-opened venue and its artificial pitch, Japan could have won the game after Asaeli Ai Valu crossed in the 74th minute, but Tamura let France and their coach Guy Noves off the hook.

Noves had responded to last week’s 18-17 loss to South Africa, their 13th in just 21 matches under Noves, by replacing six of the backs that started that game, while flanker Sekou Macalou and wing Gabriel Lacroix were handed debuts. Joseph made just one alteration to his Japan team that beat Tonga 39-6, with Yutaka Nagare taking the place of Fumiaki Tanaka at scrum-half.

Japan started brightly, pushing France back, and struck first as fly-half Tamara slotted over a penalty. The hosts should have scored the opening try after a sweeping move that took them from one end of the pitch to the other, but Macalou fumbled at the line and the visiting defence held firm.

But Japan continued to be the better side and scored the opening try their enterprising play deserved when hooker Shota Horie dived over in the corner, although Tamura missed the tricky conversion. With 90 seconds until the interval, Lacroix did kick a penalty for the corner, and it paid off, with sustained pressure leading to Clermont prop Slimani barrelling over. Trinh-Duc added the extras to put a flat home side five points to the good at the interval.